"For more than a half a century, Norma, her husband Jack, and their entire family have been committed to ensuring the success of El Camino Hospital," said Tomi Ryba. "We are incredibly grateful for their generosity in time and for the financial contributions they have made to the Heart & Vascular Institute, which will help us ensure that our patients continue to have access to innovative programs, the latest diagnostic tools and a clinical trial program that is helping to identify emerging treatment modalities."

Norma and Jack Melchor have been passionate supporters of El Camino Hospital from the very beginning. Among the first to recognize the need for a local community hospital and to put considerable energy and talent behind it, Norma and Jack devoted themselves to growing the hospital and remained deeply involved for more than half a century.

"My grandparents were always strong advocates for philanthropy and helping others, and I know how much the hospital and the work of the Heart & Vascular Institute meant to my grandmother," said Lane Melchor, Norma's grandson and El Camino Hospital Foundation board member. "She would be honored to see that her legacy is being carried on through this important program."

Over the years, she and husband Jack repeatedly demonstrated exceptional generosity to the hospital. In addition to making a leadership gift to establish the Foundation in 1982, they made significant contributions to every major fundraising campaign. The couple also donated the land upon which Melchor Pavilion now stands and, when their beloved daughter Karen died in 2009, they made another generous gift to name the fountain outside the Mountain View hospital entrance in her memory." 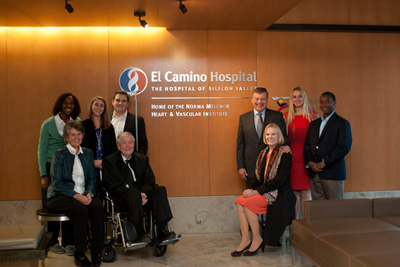 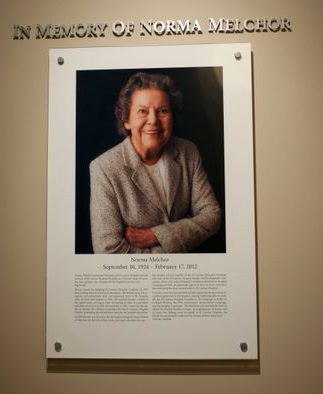