At El Camino Health, our nationally recognized doctors and care teams are committed to providing you with high-quality, excellent care. We aim to deliver a healthcare experience that is designed around your individual needs.

When you choose El Camino Health for your care, you can count on:

Our Legacy: In the Beginning

In the mid-1950s, when orchards and fields in the Los Altos and Mountain View area were quickly turning into suburbs and commercial enclaves, a group of physicians and concerned citizens banded together to establish a much-needed community hospital. The few existing local hospitals were at capacity; hospitals to the north and south were badly overcrowded. The best and fairest way, they decided, was to form a hospital district and levy a tax so the cost would be shared among the population of the entire area.

Voters approved the formation of the district in 1956 by a 12-to-1 margin. The Santa Clara County Board of Supervisors appointed a five-member board. Its first decision was the selection of a 20-acre orchard on Grant Road in Mountain View as the site for the new hospital. The name "El Camino Hospital" was also chosen. In 1957, voters approved a $7.3 million bond issue, again by a large margin, to finance the building and operation of the hospital.

Construction of the four-story hospital began in 1958. Overseeing the building was the hospital's first administrator R. Edwin Hawkins, who went on to lead the hospital for 25 years. "The building of El Camino Hospital was the biggest thing in town," the late Mr. Hawkins said in a 1999 interview. "People were willing to do anything to support the hospital. There was real electricity in the air."

Proof of this was the formation in 1958 of the El Camino Hospital Auxiliary with 1,000 members. This was three years before the hospital opened. The first medical staff, 21 members strong, was established in 1960. By 1961, all necessary preparations had been made and the hospital admitted its first patients on September 1, 1961.

With the population in the area expanding, the hospital soon outgrew its original building, adding a fifth and sixth floor to the main building just a few years after opening. The hospital's identity with the valley’s innovative spirit and technology expertise started as early as 1971. In partnership with Lockheed, El Camino Hospital implemented the world's first computer-aided medical information system, drawing visitors from all over the world.

Continuing a steady pace of growth over the next decades, the hospital added an array of community need-based services, including an outpatient surgery center, family birthing center, emergency, radiology and intensive care facilities, a psychiatric unit, and senior resource center. During the hospital’s third decade in the community, the El Camino Hospital Foundation, now known as El Camino Health Foundation, was established to raise charitable contributions in support of the hospital.

In 2006, after the second groundbreaking event in El Camino Health’s history, construction began on the Mountain View campus on the new seismically compliant main hospital building. Three years later, after a festive ribbon cutting and community day with more than 8,000 people taking tours of the new facilities, the new state-of-the-art hospital in Mountain View opened on November 15, 2009.

In 2008, the hospital acquired the assets of the former Community Hospital of Los Gatos. The former owners closed the hospital in April 2009, but within 90 days, the fully renovated and staffed Los Gatos Hospital reopened that July. Located at 815 Pollard Road in Los Gatos, the 143-bed hospital continues to offer full service, acute care to residents of Los Gatos and surrounding communities, just as it had been doing since it first opened in 1962.

Silicon Valley Medical Development LLC, an affiliate of El Camino Hospital, aspires to elevate the healthcare experience – beyond healing – for the communities we serve. Through physician partnerships, we provide our patients with healthcare options that fit their lifestyle. Urgent care, primary care and specialty care services are provided at 11 locations across Santa Clara County.

In addition to delivering healthcare services across Santa Clara County, El Camino Health’s employee assistance and mental health program, Concern, offers employers across the country an optimized blend of human connection, compassion, and technology to help employees build resilience and achieve emotional well-being. Services include resources for employees and their families to stay creative, calm and effective even when dealing with setbacks, change and/or pressure. Concern has been affiliated with the hospital corporation since 1981. 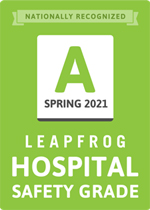