Just Forgetful or Is It Alzheimer's? (Part One of Series Two) 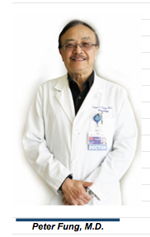 I often get asked: “Is it a sign of Alzheimer’s disease if I frequently forget what I want to say?”

How do you distinguish between ordinary memory lapse and a more serious condition such as Alzheimer's?

There are currently over 5 million Alzheimer's patients in the United States. This number is projected to reach 7.1 million by 2025, and 13 to 16 million by 2050 due to an aging population.

Aging is a natural stage of life. As people grow older, they may take longer to learn new things and sometimes they become "forgetful." Many people worry about becoming more forgetful as they age and wonder if this kind of memory loss is normal or indicative of a pathological condition such as Alzheimer's.

Dr. Fung says that occasionally forgetting someone's name or an appointment, or having difficulty recalling certain past events are all normal. This kind of "forgetting" is transient; details are usually recalled later. Ordinary forgetfulness should not impair someone's daily life or alter their normal routine. Some skills such as riding a bike, swimming and driving, once mastered, stay with you for life.

On the other hand, Alzheimer's will slowly alter one's cognitive skills and behavior. For example, patients may forget something that they have just learned, or forget very important meetings. They may keep repeating the same question, causing confusion among family members.

In terms of speech and language, it is normal to forget words from time to time, but people with Alzheimer's have difficulty conducting an ordinary conversation. They may pause halfway between sentences, not knowing how to continue, or keep repeating the same thing over and over.

Having an occasional "senior moment" such as forgetting where we placed our reading glasses, can usually be resolved by recalling where we had been or what we had been doing.

Alzheimer's patients misplace things often and are later unable to retrace their steps to find them. Finding car keys in the refrigerator, or routinely discovering other “missing” items in strange places is a strong indicator for Alzheimer’s.

With age, people may make more mistakes when reconciling their bank statements or paying their bills. With the help of electronic devices or asking for assistance, they can generally go about their daily routine without too much difficulty.

Conversely, Alzheimer patients may have trouble with basic skills like balancing their checkbook or preparing a recipe. Other routine chores may become challenging and take longer to complete. They may become lost or disoriented driving to even familiar places, forget the rules to a simple game they are playing, or have trouble managing a budget at work.