Hypertension may be the result of what you eat

Watch Out! The (Salty) Suspects are in Your Kitchen (PDF) in English.

“Hypertension is closely related to diet,” says Dr. Edward Yu, a specialist in family medicine. “Hypertension may be a result of what you eat every day.” He went on to say that excessive salt can upset the balance of sodium and water in the body, which can increase stress on the heart and blood vessels and lead to hypertension.

According to Dr. Yu, daily sodium intake should be less than one teaspoon (2300mg). People with hypertension should consume even less. Avoiding processed foods such as Chinese sausages and cured meats and dining out less frequently are good ways to reduce sodium intake.

“Without looking at the labels, no one would realize that fish sauce has very high sodium content,” said Dr. Yu. Unfortunately, many Chinese like to use sauces that are high in sodium. Just a slight increase can push sodium intake over the daily recommended value. Dr. Yu further explained that reducing sodium intake isn’t just about ingesting less salt.

Hypertension is also closely related to lifestyle and daily habits, noted Dr. Yu. For example, a patient may come into the clinic with hypertension and be given medication to treat the problem.  However, after retiring from work, that same patient might begin to experience lightheadedness and subsequently be diagnosed as hypotensive (having low blood pressure). It could be that the patient’s original hypertension was a result of work-related stress.  Now that the patient is retired and work-related stress is no longer a factor, the blood pressure normalized.   It’s important to note that stopping medications or reducing dosage are decisions that should be discussed with the doctor and not be made alone. 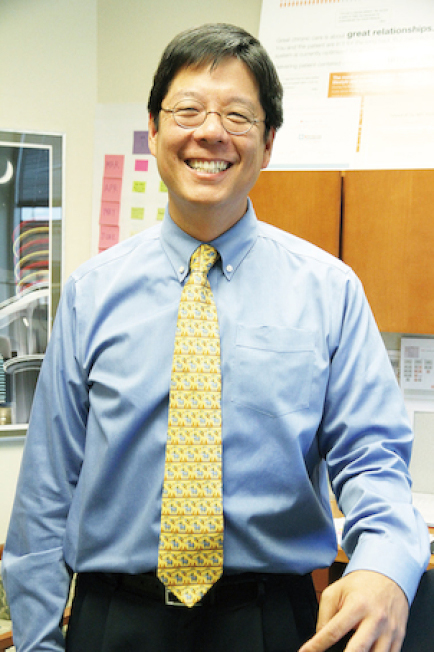 Doctor’s Profile:
Dr. Edward M. Yu specializes in Family Medicine. Dr. Yu was born in Seattle, and at the age of six moved to Hong Kong with his father.  Dr. Yu received a Bachelor’s Degree in Genetics from UC Davis, and a Medical Degree from UCLA, where he completed his internship and residency in Family Medicine. He joined the medical staff at El Camino Hospital in 1997.  Dr. Yu speaks Mandarin Chinese and Cantonese.