Our specialists at El Camino Health expertly diagnose and treat conditions of the esophagus, including Barrett’s esophagus, swallowing problems, reflux disease and cancer.

The esophagus is a muscular tube that carries food and liquid from the throat to the stomach. When a problem with the structure or function of the esophagus interferes with essential activities such as eating and swallowing, it can have a significant impact on your life.

At El Camino Health, our warm and caring digestive health team will do whatever it takes to understand your symptoms and concerns and find solutions to help you feel and live better.

Our specialists are fellowship trained in digestive disorders, and many participate in clinical trials to give you better access to new treatments. We have the most advanced technology at our disposal and follow rigorous safety standards to diagnose you. The large number of procedures we do increases our skill and lowers complication rates.

By blending personalized care with the most advanced technologies and treatments, El Camino Health offers you an exceptional level of care for esophageal conditions, such as:

Barrett's esophagus occurs when the normal cells lining the lower part of the esophagus are replaced by an intestinal cell type. The abnormal cells have a risk of transforming into cancer cells.

This process usually occurs as a result of damage to the inside lining of the esophagus caused by longstanding gastroesophageal reflux disease (GERD). In people with GERD, the esophagus is repeatedly exposed to excessive amounts of stomach acid.

Common symptoms include waking in the night with heartburn, vomiting, difficulty swallowing and blood in your vomit or stool. You are at higher risk of developing Barrett’s esophagus if you smoke, are older than age 50, male and Caucasian.

To diagnose Barret’s esophagus, our doctors perform an upper endoscopy, using a scope to view the esophagus and removing tissue samples to study in the lab.

Dysphagia is a condition in which you have difficulty swallowing. It can cause food or liquids to go into the windpipe and lungs.

Dysphagia is caused by narrowing in the esophagus, often related to scar tissue or esophageal cancers. Speech or occupational therapists can suggest techniques and exercises to improve swallowing. In addition, medications may be helpful.

Other treatment options include stretching the narrowing with the use of balloons and placement of a stent (tube resembling a straw) in the esophagus to keep it open.

This recently discovered condition involves a type of white blood cell (eosinophil), which builds up in the lining of your esophagus. The buildup is an immune response to foods, allergens or acid reflux and can inflame or injure the esophageal tissue. Damaged esophageal tissue can cause difficulty with swallowing or cause food to get caught when you swallow.

This chronic condition was first identified two decades ago. Although researchers are still studying effective treatments, we most commonly recommend changes in diet to avoid allergens and use of some anti-inflammatory and antacid medications.

Cancer can occur in the esophagus, the muscular tube that connects the throat to the stomach. Esophageal cancer develops when normal squamous cells in the esophagus change into abnormal cells and grow out of control.

Symptoms, including weight loss and difficulty swallowing, may not appear until the cancer has progressed. Sometimes the cancer is discovered as you are undergoing a test for another health issue. If we suspect esophageal cancer, we can use these diagnostic tools:

Our advanced cancer treatments include surgery, chemotherapy, radiation therapy or a combination of these to treat esophageal cancer.

GERD is a disease in which acid from the stomach backs up into the esophagus frequently or excessively. It is a more severe, chronic version of acid reflux, which describes an occasional episode of stomach acid backing up. Symptoms of GERD include heartburn (a burning sensation in the chest that may last minutes to hours), hoarseness, chest pain and asthma, in rare cases. There is a link between GERD, Barrett’s esophagus and esophageal cancer.

Dietary and lifestyle changes have the greatest impact on improving symptoms. These include quitting smoking, not overeating, taking over-the-counter antacid medications and avoiding medications that may irritate the stomach and esophagus. Avoiding foods such as coffee, chocolate and fatty foods also can help. 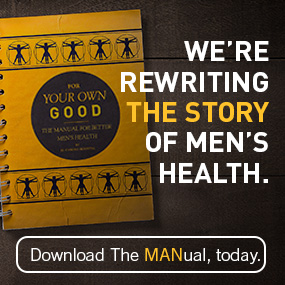 It's a free membership program with a monthly newsletter, event registrations, and more.